Who Owns the Forest in the US South 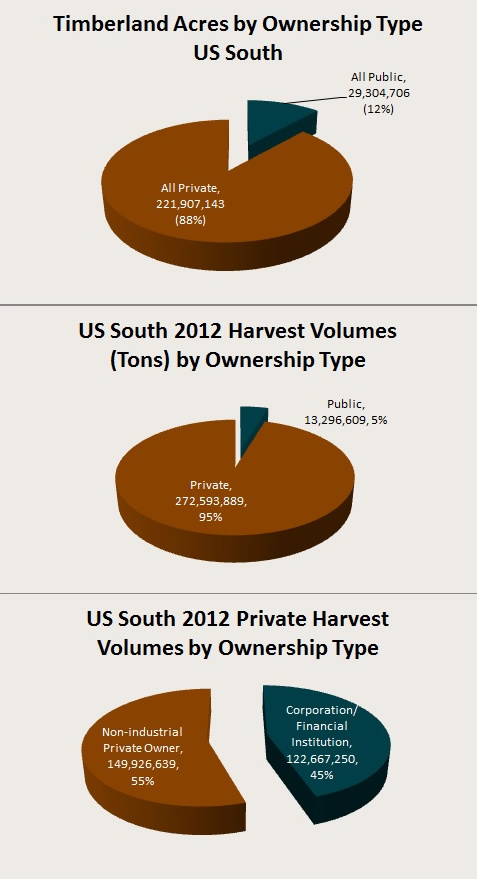 In the US South, the distribution of forest ownership can be broken down into two categories, public and private. Public lands in the South are owned by federal, state and local governments; they make up 12 percent of the timberland—just over 29 million acres. Private lands are owned by corporations, financial institutions and private individuals with small tracts; they own 88 percent of timberland in the South—nearly 222 million.

If we break the harvest volumes out by type of private ownership, we see that corporations and financial organizations account for 45 percent of the harvest, or more than 122 million tons, and that non-industrial owners of smaller timber tracts account for 55 percent, or nearly 150 million tons.

Why is it important that wood consumers know who owns the forest? Because supply chain strategies vary by ownership type. The majority of wood consuming facilities take a portfolio approach toward their supply chains and use multiple models to balance costs with assurance of supply. The basic structure and process flow for forestry supply chains are relatively consistent across the US. The differences arise in operational details, primarily harvesting and processing. In general, mills follow two models when moving wood fiber from the forest to conversion facilities: